For ’64 Alumnus, Improving Lives Is a Logical Choice 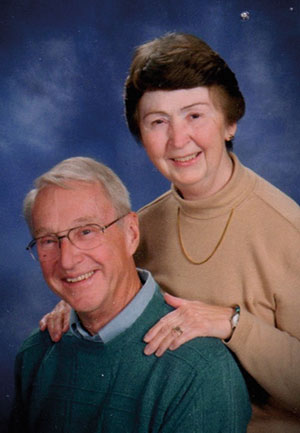 Bob and Connie Murray married 55 years ago while Bob was still a civil engineering major at Rose Poly. They have established an endowed scholarship to help students afford a Rose-Hulman education.

For Bob Murray, it’s all about making a difference.

Since graduating from Rose Polytechnic Institute in 1964 with a degree in civil engineering, Murray has striven to improve the lives of people living in northern Illinois and eastern Wisconsin as a commissioned officer in the U.S. Public Health Service and by leading health departments in four counties.

At each Department of Health he led, Murray would make the organizational changes he believed were needed and then move on to the next challenge.

“There was no point in babysitting the departments,” once the improvements were put in place, he says.

Today, Murray and his wife of 55 years, Connie, are making a difference in the lives of young people aspiring to attend Rose-Hulman. They generously created an endowed scholarship as part of their trust; however, realizing a present-day need for today’s students, they launched early funding of the scholarship through an IRA rollover.

“We recognize that the cost of education has gotten pretty high,” Bob says.

Bob understands how important finances can be for a young person struggling to pay for college. As a student at Rose Poly, he helped cover his costs by working summers in the blistering heat of a U.S. Steel plant in Gary, Indiana—a place his father worked for 40 years.

“It was like standing in front of an open fire,” Bob recalls of working inside the gigantic facility. “If you got a break, you’d step outside and 90 degree temperatures felt cool.” 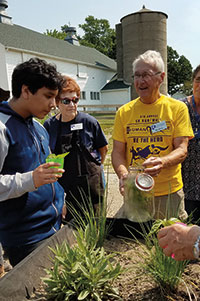 A fondness for math got Bob interested in engineering, and a high school teacher pointed him to Rose. Connie still remembers when she and Bob’s parents left him at Deming Hall to begin his college journey.

“He was looking like a very lonely freshman,” she recalls with a laugh. Bob joined Theta Xi and served on the Modulus staff, and he and Connie married before he completed his senior year. Connie helped cover their expenses by working at a savings and loan in Terre Haute. 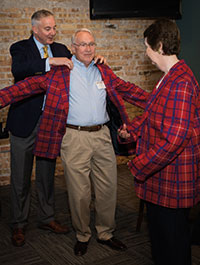 “Connie has been my support,” Bob says.

Now retired, the Murrays are still focused on making a difference for the people around them. Bob runs in several 5k races each year to support charitable causes and holds leadership positions with many nonprofit organizations, such as Master Gardeners.

While a career in public health didn’t put the Murray’s on easy street, it allowed them to raise two daughters (one of whom is an engineer and one who is a school social worker), enjoy a happy life and, now, help aspiring engineers benefit from the top-quality education Rose-Hulman provides.

“What you learn at Rose is a way of thinking,” Bob says. “The logical method of solving problems is something Rose taught us well.”